Metal oxide nanoparticles are amongst the most commonly employed building blocks for advanced materials used in fields like catalysis, sensor technology or flexible electronics due to their outstanding catalytic,1 optical, and electronic properties.2 At the same time, their structure gets more and more refined into e.g., hybrid materials, in the form of nanocomposites or, increasingly, core-shell or doped nanomaterials. Metal oxide nanoparticles are also emerging as versatile materials for diagnostic and therapeutic applications.3

Metal oxide particles that dissolve inside cells, release metal ions. These can have a toxic effect on cells and can thus be beneficial in medical settings as nanomedical treatments,4 provided that the nanopaticles’ ion release can be adjusted in a controlled manner. For example, copper ions (Cu2+) form complexes with proteins and/or amino acids in biological systems. Precipitation of those complexes alters the metabolism of the cells.5 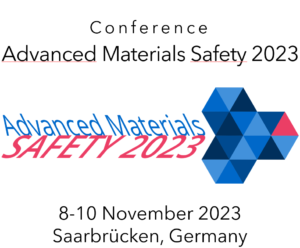